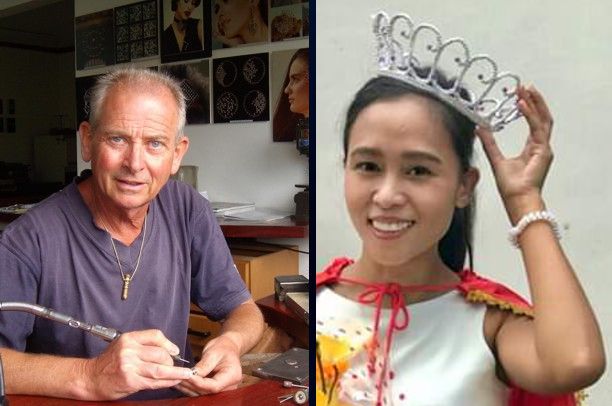 International Judge of the DIA, New York 1976 and 1977 with this Laudation:
“Hans-Leo Peters is one of the leading contemporary goldsmiths. With his work, this has gained worldwide recognition, and his creative approach, he gives new impetus to the whole world of jewellery time and again.”

Exhibition of the year SCHMUCKBILANZ 1966-1997 Since 1998 GOLDEN ART®
Invention of several Goldsmith techniques, kinetic and variation techniques,
Discoverer of the Op Art, Braille Art and many orientations in the Goldsmith Art
Inventor of the Braille Art Sky Sculpture in Third Dimension
World-wide exhibitions, Publications, International Judge

THE METAL ARTIST
Hans-Leo Peters had made his apprenticeship as a silversmith.
1963 his apprentice exam work, a chalice, was awarded as the best exam work in Germany.
In his artist career as an International Goldsmith he created Metal and Stone Sculptures too and 2007 he invented the Braille Art Sky Sculptures.

THE FACES BEHIND HIS WORK